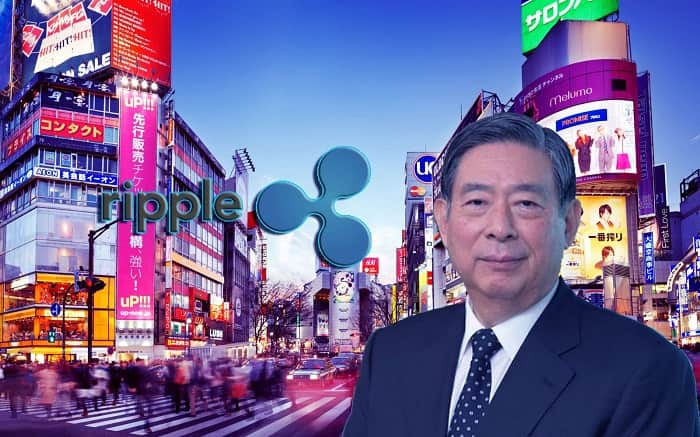 Yoshitaka Kitao is currently, the CEO of the leading Japanese based financial firm SBI Holdings. He is even serving as the president of SBI Holdings. Earlier, Ripple had announced that Yoshitaka Kitao would be replacing Takashi Okita, who is the current Chief Executive Officer of SBI Ripple Asia.

Yoshitaka Kitao has served the global financial market for over 40 years and has significant experience in the financial field. He has also worked with Softbank Corporation and with Nomura Securities. He started SBI Holdings in 1999; he has not only launched various startup firms but even worked for making them the great startup firms.

Ripple’s customers are continuing to grow in the Asia Pacific region due to which the startup company is focusing on growing its range of services and on further expanding them to the region, the co-founder of Ripple, Chris Larsen revealed in a statement.

The Ripple co-founder believes that Yoshitaka Kitao being included in the Ripple’s board of directors list will help the company to reach new heights and to achieve Ripple’s goals as quick as possible successfully. It’s an important development for the firm.

“Approximately half of our customers are located in Asia-Pac today, and we’re rapidly expanding our global footprint across the region. Mr. Kitao comes at a perfect time for Ripple as we look to deepen our customer base in Asia and beyond.”

The collaboration of Ripple and SBI Holdings is not something new to the people. Earlier, both the firms had worked jointly and released a blockchain based project. They had developed a payment app named ‘MoneyTap’ with the help of blockchain technology. Their joint venture is termed as SBI Ripple Asia.

SBI Holding’s and Ripple relationship started in 2016 and gave rise to a new venture SBI Ripple Asia. They have not only developed MoneyTap payment app but have also shared their resources to carry research activities over the blockchain technology and even enhanced their blockchain technology. The SBI Ripple Asia needed the approval to launch the blockchain powered payment app to serve consumers, and was successful in getting the license in September 2018. Later which both the parties started working over the MoneyTap app and successfully managed to make it go live, a month ago. This is an important development of the joint venture.

On Thursday, the Saudi British Bank (SABB) revealed that with the support of Ripple, they have managed to develop an international money transfer app. The ‘instant’ cross border money transfer services will enhance the user experience. This app enables users to carry out their international based transactions within few minutes quickly.

SBI has introduced a new subsidiary that will be involved in manufacturing crypto mining chips and systems. Both the firms are significantly working towards cryptocurrency and are positively contributing to the crypto world.