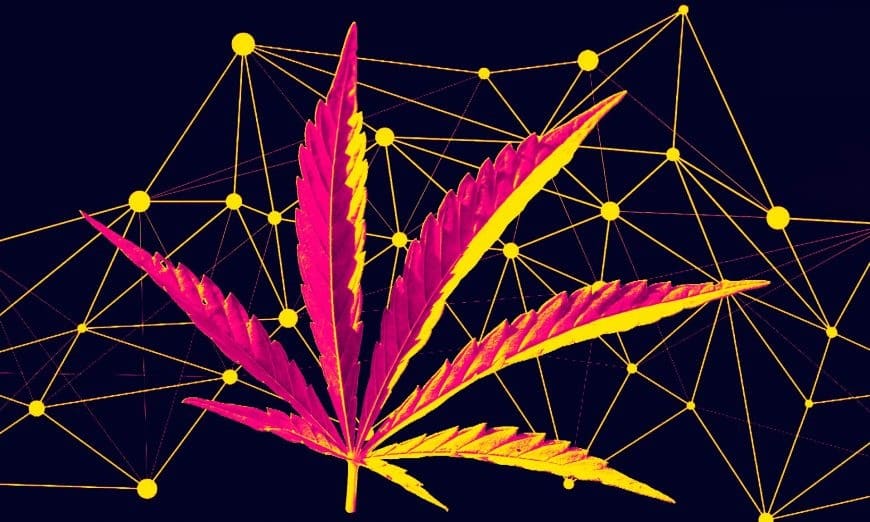 If you think that the application of blockchain technology is restricted only to hi-tech industries, then you need to consider your opinion again. It’s true that the unique characteristics of the blockchain such as decentralization, immutability, and high security makes it ideal for banking and financial domain; however, the technology is now all set to witness its application in the tracking of cannabis. Uruguay Can, The Montevideo based company, has recently announced that it is going to use the blockchain solution for tracking the supply of cannabis.

Blockchain is quite popular in the drug industry, as technology provides an opportunity to mask various drug transactions from regulatory agencies. The real-time effectiveness of the blockchain technology to track the supplies of cannabis will be evaluated by the Aeternity. Just so you know Aeternity is a firm that is signed up for creating a blockchain tracking solution for Uruguay Can.

In an official press release, it has been revealed that this upcoming blockchain supply solution will track the cannabis right from its seeding stage to the final product. Aeternity’s CEO, Pablo Coirolo, said, that keeping a track of the whole process will help to reassure the customer of the product’s safety and legitimacy. This will also make it difficult for unscrupulous elements to insert bad products into the system or fudge data in the decentralized ledger. In short, customers will be reassured about the data validity and quality of the product they are consuming with the blockchain stamp on it.

Uruguay Can’s CEO, Eduardo Blasina, says, that the application of the blockchain as a tracking tool will create a win-win situation for all the stakeholders involved in the process right from the customers to the suppliers and pharmaceutical companies to the cultivators. The end result of the process will definitely shore up the customer sentiments and assure them about the quality of the product.

This application of blockchain has also been mandated by black marketing of Cannabis, which has now reached colossal proportions. Although legislations are in place that direct the companies to monitor cannabis from “seed to sale” the system has not been proved effective in containing black marketing practices.

Adoption of blockchain might result in effective compliance and better tracking system, but experts are also questioning the rationale of the application of the technology in the case of a very small country Uruguay, and its small cannabis market. Uruguay holds the distinction of being the very first country to legalize the recreation of cannabis in 2013, and adults there can buy cannabis from licensed Pharmaceutical firms. However, despite the government nod the market didn’t grow extensively and has approximately 40,000 customers in total.

According to the official data, a paltry 3000 kg of cannabis has consumed in the country till now and this has prompted many companies to start exporting cannabis to foreign countries. The biggest concern, however, remains with the ability of government authorities to use the blockchain to verify the data produced by cannabis-producing organizations. If the agencies and their inspectors won’t use blockchain then perhaps there is no use of putting all the data on the open ledger, to provide enhanced safety and security to prospective buyers.