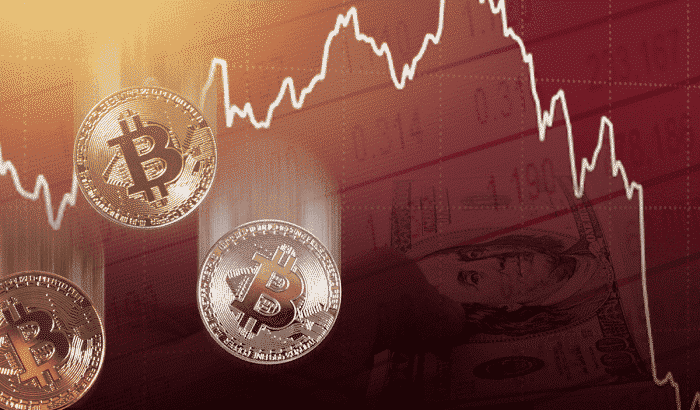 The year 2018 saw a great dip in the cryptocurrency rates. The shocking depression in the crypto market was recorded with a fall from 372 Billion dollars to 309 Billion dollars within the time span of 24 hours in March. Although the digital currency tried to soar up earlier this December, it never managed to reach its all-time high of 560 Billion dollars it once had in December 2017.

The journey of cryptocurrency from 2017 to 2018 started with an impressive opening of 828 billion dollars and gradually started to go down. This naturally had an effect on how many traders and investors were pouring into the crypto market. The volatility grew skepticism. Experts point at the various reasons, that lead to the downward trajectory of such a high promising cryptocurrency.

Where did it all begin?
The massive fluctuations, the monumental downfall of the cryptocurrency has to have a starting point right? Well, experts think that it started with the contentious Bitcoin exchange at Mt. Gox. The company declared bankruptcy in 2014 due to its incapability to follow multiple security systems. This bankruptcy played an indirect reason for the Bitcoin’s decline that showed up in early 2018. It was reported that in the timeframe of December 2017 to January 2018, the primary trustee of Mt. Gox sold a concealed amount of Bitcoin BTC and Bitcoin Cash BTCH. This undeclared selling had a significant effect on the price dip of Bitcoin, as per many experts and analysts. Some say the intention behind the undeclared amount of Bitcoin selling by the trustee was to balance the funds for its customers who faced a loss due to the Mt. Gox’s hack in 2014. But unfortunately, it had a reverse effect on the situation.

The reverse effect, of course, raged the customers as well as critics. According to a financial media report, “Members of the crypto community have (understandably) been expressing their frustrations with the situation on Reddit: “Why didn’t (Kobayashi) sell the BTC at the auction like other assets get sold off during bankruptcy? If he sold on the spot market, only an idiot would think you would not suffer slippage.”

Since then, BTC could not reach to the high it once enjoyed in 2017. The effect was seen on the other cryptocurrencies as well.

Coincheck Inc. Hack
The 523 NEM coins theft, which Coincheck Inc. faced at the start of 2018, came out to be a major shock not only for the company’s customers but apparently to the entire financial community. The 534 Million dollars worth theft, according to reports was a bigger theft than the Mt. Gox’s. As per reports, it is called ‘the biggest theft in the history of the world.’

This naturally resulted in high skepticism among the customers and future investors. As a result, some adopted newer currencies, some migrated to other cryptocurrency exchanges, and some quit the cryptocurrency transaction entirely. These actions were propelled by the obvious fear, which this hack instilled in the customers’ hearts. Surprisingly, though, despite this shocking upheaval, the NEM customer community was reported to stay stable and did not face any major drop in its rates.

After the hacking incident, Monex Group bought Coincheck. Inc in March for the amount of 33.5 Million dollars. As per reports the company assured recovery from the loss and its plans for the improvements in the safeguarding of the system. On the other hand, the release of Ripple (XRP) and Factum (FCT) tokens by the company opened the trade windows for tradable cryptocurrencies platform for Japan. The company has started to re-initiate the transactions of NEM (XEM) in the early November, along with re-establishing the rest of the functionality in October. All these measures for growth and improvements are seen to be done with a layer of extra tight security which involves support from some external experts.

Strict restrain on cryptocurrency transactions
Amidst the major hack, bankruptcy, and theft, the crypto landscape attracts several restrictions. Financial bodies such as banks, finance sectors are imposing restrictions on digital currency activities. Special attention is being given to curb issues such as money laundering and financing illegal activities. Countries like India, Russia, and China at the beginning of this year showed a firm footing against trading cryptocurrencies. Earlier this year, India declared that the cryptocurrency is not used legally in any financial transactions. Further, India’s Finance Minister Arun Jaitley said that Indian government does not consider cryptocurrencies as legal tender or coin. He added that the government would take the required steps to fight the use of these crypto assets in financing illicit activities or as a part of the payment system.

Regulation of the cryptocurrency on the international level
Despite the major blows in the crypto landscape, the mushrooming of newer digital currencies, tokens, coins, and futures contracts are still going on with hope for a brighter future of the crypto. In early December, the G20 summit in Buenos Aires made the forum to announce about the new regulations being laid to prevent money laundering and any financing of terrorism. The regulations will be constructed as per the standards of Financial Action Task Force (FATF.)

After maintaining an open-minded approach for a long time, G20 had to consider creating strict regulations for the cryptocurrency on a world platform; given the growing popularity of the digital currency. Incidents like the infamous Zaif hack in Japan which is the second largest cryptocurrency market after the U.S that took place in September this year. The shocking hack resulted in a 60 Million Dollar loss. The hack swallowed Bitcoin, Bitcoin Cash, and Monacoin. In early November, Zaif was taken over by a new company called ‘Fisco.’ Fisco plans to compensate its customers by the end of the month.

At the same summit, Prime Minister of India Mr. Narendra Modi announced that India would host the next G20 summit in 2022. Further, the PM said-

“In 2022 India completes 75 years since Independence. In that special year, India looks forward to welcoming the world to the G20 Summit! Come to India, the world’s fastest-growing large economy! Know India’s rich history and diversity, and experience the warm Indian hospitality,” Modi on Twitter.